DATUK Dr Mohd Nazlee Kamal had just crossed one year into being chief executive officer of Malaysian Biotechnology Corporation Sdn Bhd or Biotech Corp when Digital News Asia (DNA) sat down to have a chat with him.

Three key themes emerged during the discussion. Funding, the ‘bioeconomy’ and the various developments within the biotech space in Malaysia, especially with the interest shown in Malaysia by foreign companies to tap our biomass and convert it into higher value output.

In this first part, DNA will focus on the funding, or lack of, and other efforts to strengthen the ecosystem, including a review of the 2005 National Biotech Policy.

“People with ideas cannot realize their dreams if they have no access to funding,” Nazlee says. This is clearly reflected in the fact that only seven new BioNexus companies were formed in the first six months of 2012. Twenty-two were formed in 2011.

“We clearly want to see more BioNexus companies but the lack of funding has been a severe dampener,” he says.

He believes that if given another RM200 million (US$64.4 million), he can drive the number of BioNexus companies to between 400 and 500, but the money won’t be in the form of a grant. “We will take equity in the companies in exchange for the money they receive.”

The new model proposed is also a way to better extract value from public funds. “This will be a better use of public finds as we will exit once the companies are doing well and return the equity to the founders,” says Nazlee.

It may exit at a slight premium but that has not been decided yet. The biggest challenge for him now is to convince the Malaysian Government to dish out scarce public funding for his cause.

But what if the companies fail? “If they do, that is just part of life and we learn and keep moving forward,” he says pragmatically.

Meanwhile the industry venture capital fund that was announced in BioMalaysia 2011 last November has yet to take off but Nazlee says they are working very hard to make it a reality. “This is an important mechanism to drive the industry or it is just a dream.”

He hopes the mechanism for the fund, targeted at US$100 million, can be sorted out by the end of this year and the fund launched with at least US$50 million. The money is to come from venture capitalists in the United States looking for new growth markets and some Malaysian venture capitalists.

He conceded that the current economic climate in the United States and Europe has made it tougher to raise the funds but he is confident, given the prospects of growth in the region, that he can attract the funds.

As to how BioNexus companies have done on the Intellectual Property front, Nazlee rolls out a slew of stats. There has also been improvement in terms of protection of IP with Malaysia ranked 31 out of 142 countries in IP Protection (as per IMD Global Competitiveness Report 2011-2012).

More importantly, the critical time taken to process a patent had been shortened considerably from a painful 43 months in 2007 to 26 months in 2011. That is still over two years but the intention is to shorten it further.

Meanwhile, Malaysia is one of the first few countries in the region to introduce specialised IP Courts. The IP Courts have successfully reduced the time taken to resolve an IP dispute matter from 4-6 years to 12-14 months. This is a particularly important component that foreign investors look at.

A total of 21 patents have been filed by BioNexus companies – 15 for industrial, three for healthcare and three for agriculture. It may not seem a whole lot but it reflects the reality that most of our biotech companies are in the manufacturing space as contract manufacturers.

Indeed, Nazlee’s previous company, Inno Biologics Sdn Bhd, is a contract manufacturer, operating a cGMP (current Good Manufacturing Practises) facility for the production of biopharmaceuticals. It is the flagship biotech company of Inno Bio Ventures Sdn Bhd, a Ministry of Finance Incorporated Company with a close affiliation with the Ministry of Science, Technology and Innovation.

Its services cover all stages of the production of mammalian cell-based therapeutic proteins and monoclonal antibodies, from DNA (deoxyribonucleic acid in this case) recombination work and bioprocess development to cGMP manufacturing. It was Malaysia’s first biopharmaceuticals contract manufacturer.

Nazlee is excited about an initiative currently being co-ordinated by the Government and Intellectual Property Organization of Malaysia (MyIPO) to create a framework to enable financial institutions to recognize IP as part of company assets and to enable IP to be used as collateral.

“The number of patents will increase tremendously if we receive good financial assistance from the banks and financial institutions,” he says, but with Biotech Corp lending its expertise to the financial sector which will see no commercial value in creating specialist teams to understand biotech related proposals that come to them.

“We are the specialists, we understand the business better. We want to help the banks to appraise and put a value on the IP that entrepreneurs want to offer as collateral for their loans.”

While 2011 marks the phase in which the commercialization push of the National Biotech Policy started, Nazlee agrees that the plan itself, announced in 2005, needs a review to bring it current to latest developments in the arena.

“This has been discussed at ministry level and the consensus is that we must have a review to relook the strategy, especially in light of the bioeconomy initiatives that will be announced.” The review will happen either late this year or early next year, with Nazlee vowing to make the tough decisions needed in order to maximize resources. 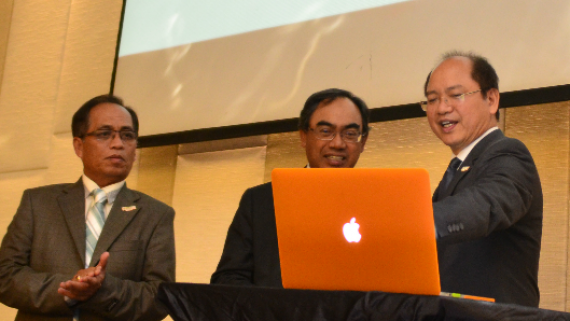 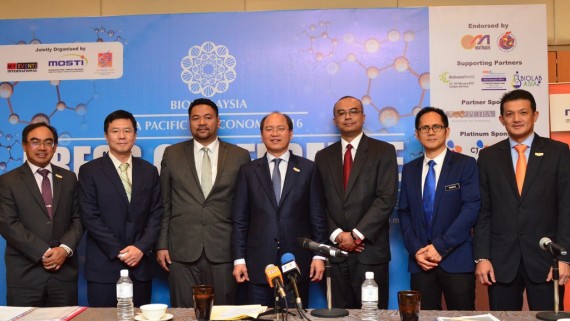