In his opening remarks, YAB Dato’ Sri Mohd Najib Bin Tun Haji Abdul Razak, Prime Minister of Malaysia, said, “As we are now approaching the end of Phase II and moving towards the final Phase III of the National Biotechnology Policy: or NBP in short; more aggressive strategies are needed in order to spur and to sustain growth beyond 2020. As the complexity of the bio-based industry increases along the years, our approaches would need to be improvised.”

YB Datuk Ewon Ebin, Minister of Science, Technology and Innovation said ,”Through the MOSTI Commercialisation Year 2014 initiative launched earlier this year, I am happy to announce that Ministry Of Science Technology & Innovation has achieved its target of commercialising 65 research and development (R&D) products this year, with the recent launch of seven new products. This is a positive sign that the government’s funding for inventors, researchers as well as public and private agencies is beginning to give returns and generate income.”

Commenting on this year’s conference, BiotechCorp’s Chief Executive Officer, Dato’ Dr. Mohd. Nazlee Kamal said, “I am glad to see the various collaboration proposals exchanged at BioMalaysia 2014. BiotechCorp have a total of six collaboration and partnership exchanges today, among others with, Malaysian Debt Venture, Verdezyne, Thailand Center of Excellence for Life Sciences, Gas Malaysia Berhad and Sirim Berhad. These collaboration proposals will strengthen and promote coordination in R&D, investment, education, training and business collaboration between the two parties being the industry developer for the country.”

The two-day annual conference and exhibition, held for the 12th time this year, has established itself as a significant meeting point for industry professionals in the region. It is renowned for being a key platform for the birth of fresh ideas, practical solutions and effective collaborations for global and Malaysian biotechnology industry participants.

Themed “Partnership for Innovation, Investment and Growth for the Bio-Based Industry”, this year’s BioMalaysia and Bioeconomy Asia Pacific event is set to encourage partnerships with global players and to spur innovation and growth in the bio-based sector, with the aim to position Malaysia as a Bioeconomy powerhouse in the foreseeable future.
Highlights of the official opening ceremony included the Memorandum of Agreement document exchanges, which announced strategic collaborations between leading bio-based institutions and companies.

Another highlight at this year’s event was the launch of the Bioeconomy Transformation Program (BTP) Annual Report 2014. The report will serve as a key point of reference on the Malaysian Bioeconomy initiative and its impact to the country’s economy. This year’s report highlights the achievements of the BTP, two years after its implementation since its official launch by the YAB Prime Minister on 30th October 2012.

In 2014, five high impact projects have been approved for BTP inclusion. To date, BTP now boasts a total of 25 trigger projects that are expected to generate a total Gross National Income (GNI) of RM 4.2 billion in 2020, provide 18,100 job opportunities, and secure investments of RM 13.7 billion by 2020. BTP in the long run is targeting to secure a total GNI of RM 48 billion, creation of 170,000 new job opportunities and investment of RM 50 billion by the year 2020.

BiotechCorp aims to increase more private industry engagements and the annual report will be a suitable tool to promote the latest achievements of bioeconomy in Malaysia to instill more awareness and participation from the private stakeholders.

BioMalaysia and Bioeconomy Asia Pacific 2014 is jointly organized by MOSTI and BiotechCorp. This year’s event featured BioCareer, a platform that aims to connect jobseekers with representatives from over 30 companies in the biotechnology industry. The Conference and Exhibition is held from November 19th to 20th at the University of Malaya Research Management and Innovation Complex, Kuala Lumpur. 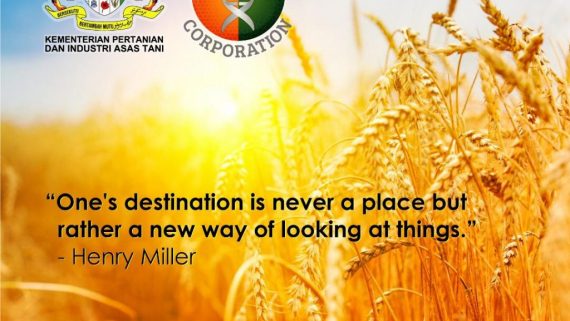 Bioeconomy Corp Moves to Ministry of Agriculture and Agro-Based Industry

Keep up with advances related to wellness