Johor Bahru, 27 January 2014 – Malaysian Biotechnology Corporation (BiotechCorp) in collaboration with Johor Biotechnology and Biodiversity Corporation (J-Biotech) have organized a two day Bioeconomy Transformation Programme (BTP) Workshop beginning yesterday at the Pulai Springs Resort, Johor with the intention to identify potential commercial opportunities in bio-based industries in Johor that could be included under the BTP.

The workshop seeks to identify Bioeconomy Trigger Projects with significant impact for the region’s development in terms of expected Gross National Income (GNI) of more than RM100 million from the state of Johor by year 2020, approved investments, and creation of job opportunities.

“Johor can serve as the springboard for Malaysia’s aspiration to become a global biotechnology hub and enhance the economic growth of the state. The swift development of the biotech industry in Johor has encouraged the establishment of biotech parks like Bio-XCell and the Bio-Desaru Organic Food Valley to facilitate the creation of an environment that is conducive for the industry to flourish in AgBiotech, BioIndustrial and BioMedical. Bio-XCell for example has managed to attract key investments from companies like Biocon, Stelis Biopharma, GlycosBio and Metabolic Explorer,” said Dato’ Dr. Mohd Azhar Hj. Yahaya, Deputy Secretary General (Policy) of the Ministry of Science, Technology and Innovation in his opening ceremony remarks.

According to J-Biotech Chief Executive Officer, Wan Amir-Jeffery, J-Biotech as the lead agency in the development of Johor’s biotechnology industry, is intensifying its efforts to create a conducive ecosystem in Johor that will attract investors with proven technologies and high-value activities to develop a robust bio-based industry here.

“The BTP workshop and lab will see the Government work with the industry players to facilitate this process,” said Wan Jeffery. More than 150 participants from the various sectors and agencies attended the 2- day workshop and have successfully identified several proposed Bioeconomy Trigger Projects in BioMedical, AgBiotech and BioIndustrial. Subsequent to this, a detailed action plan and economic impact for each Trigger Projects will be validated further during the lab sessions in March, 2014.

Wan Amir-Jeffery added further that the BTP workshop and lab will produce a BTP roadmap which will complement Johor Biotechnology Master Plan which is currently being reviewed.

“Johor traditionally has strengths in AgBio activities. It has a strong Aquaculture industry as well as having the largest horticulture industry in the country and at the same time, there are key Biomedical and Bioindustrial projects already on the ground and interest from potential investors that signalled the need to identify our strengths and improve in the weaker areas to support these investments,” said Wan Amir-Jeffery.

BiotechCorp Chief Executive Officer, Dato’ Dr Nazlee, reiterated that Bioeconomy will be a game changer for Malaysia to become a developed and high-income nation.

“The importance of Bioeconomy towards driving the nation’s socio-economy is recognised and supported by the government as the Prime Minister announced last year during the tabling of Budget 2014, the Bioeconomy Community Development Programme,” he added.

According to Dato’ Dr. Nazlee, the Bioeconomy Community Development Programme will be supported by three accelerator programmes that cater for Technology Development and Innovation, Bio-Entrepreneurship and BioNexus Go Global programmes.

The focus of these Programmes will be mainly to increase the multiplier effects on the economy and positive impact on the income and welfare of the people.

“Products that will be produced by Bioeconomy Community Development Programme will be processed through new technology and innovation by the BioNexus status companies into high value products while at the same time strengthening entrepreneurial skills to commercialise the products for domestic and international markets,” added Dato’ Dr. Nazlee.

Research and Development (R&D) is also a main catalyst to the Bioeconomy development and the Government have supported via new R&D incentives which BiotechCorp is tasked to assess the application of incentives to qualified Bioeconomy projects.

“These incentives are targeting to direct resources to key areas that will support the Bioeconomy Malaysia Accelerator Programmes (Bio-Accelerators), including attracting multi-national companies to set up their operations in Malaysia. The Bio-Accelerators will also create new opportunities to build a strong bio-based economy and a thriving growth towards becoming a high income nation by the year 2020”, said Dato’ Dr. Nazlee. 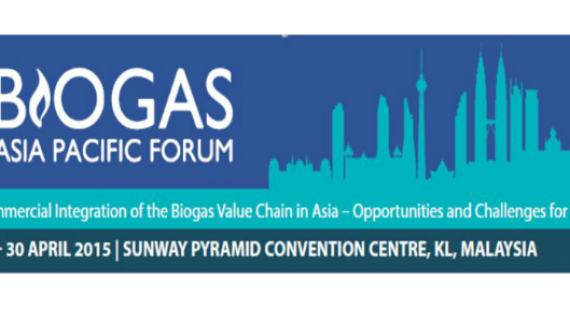 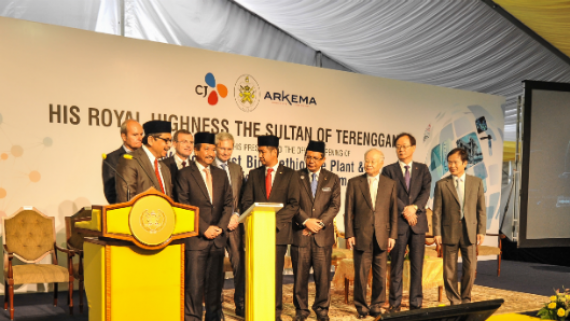