REACHING OUT GLOBALLY WITH STRATEGIC INTENT

Business knows no borders, and BiotechCorp recognizes that the organisation, too, must reach out beyond our borders to work with global partners and institutions to develop a successful framework for the development of bioeconomy. This is an established priority, and as such, BiotechCorp continuously participates in a number of key international initiatives.

For Phase III (2016 – 2020), of the National Biotechnology Policy (NBP), in pursuit of positioning the local biotechnology industry as global business, the plan shall focus on consolidating the strength and capabilities in technology development and innovation. Malaysian companies, especially our BioNexus status companies will establish themselves as pioneers of leading edge bio-based technologies. It is targeted that Malaysia will expedite the growth of the bio-based industries, to produce at least 20 global Malaysian companies by the end of Phase III and continue to spearhead the value creation process for the industry beyond 2020.

The ultimate outcome is for Malaysia to be a highly competitive nation that derives great value from bio-based innovations, and for leading edge businesses with both global outreach and market penetration capability, to become the core of the bio-based sector.

Further to our strategy for reaching out, and in line with BiotechCorp’s continuous effort to establish stronger international relations in the area of bioeconomy, the Malaysia Bioeconomy Partnering Day was held for the first time in Milan. It was during this time that BiotechCorp and the Italian Association for the Development of Biotechnology (AssoBiotec), exchanged collaboration proposal that will lead to greater cooperation between Malaysia and Italy in the area of bio-based investment and human capital development.

The event was held in conjunction with Expo Milano 2015. Taking full advantage of the global setting during the exposition, BiotechCorp launched 16 new herbal-based products under BioShoppe, witnessed by an international-based audiences at the Malaysia Pavilion. Now this is what I call an approach to gain more global exposure for our BioNexus products. BioShoppe’s penetration to the global biotechnology market is a key strategy taken by BiotechCorp towards enhancing market access and building international presence for local bio-based products, elevating the status of BioNexus companies. The products launched at Expo Milano feature popular traditional herbs from Malaysia including Kacip Fatimah, Tongkat Ali, Misai Kucing and Dukung Anak amongst others, all aiming at generating interest from retailers, distributors and businesses from the European market. One small step at a time.

Right after Milan, an even more exciting achievement, is the establishment of BiotechCorp’s first office abroad. Bridging San Francisco and Malaysia, the opening of BiotechCorp International Inc., marked another important milestones in the organisation’s 10 years history as the lead development agency for biotechnology in the country. Centred on fostering greater global connectivity, linkages and cooperation for the Malaysian bio-based sector, the San Francisco-based office (SFO) will be the much needed representative office in the US to facilitate in-coming and out-going investments, support bio-based ventures and build market access opportunities for local biotech players.

Allow me to further emphasise that the true value proposition of SFO lies in its close proximities with leading global biotech players. Better known as both the birthplace of biotechnology and the innovation capital of the world, San Francisco Bay’s vibrant economy is an exemplary model where biotechnology is both the key driver in creating jobs and fuelling economic development. This is an exceptional occasion for BiotechCorp and the Malaysian bio-based sector at large, as greater and deepening partnerships between US and Malaysian bio-based companies can now be fostered more readily.

The San Francisco Office (SFO), is also an enabling platform for Malaysian bio-based companies and bio-entrepreneurs to tap into the vast experience, knowledge and innovation value of San Francisco’s leading bio-innovation ecosystem. Capitalising on its strategic location, SFO will be the key contact point for US-based biotechnology, and bio-based matters and to facilitate ongoing strategic programmes with key partnering institutions such as the University of California Institute for Quantitative Biosciences (QB3), the Larta Institute and others. The launching of SFO will also increase Malaysia’s visibility as a destination of choice for investors in bio-based industries, bringing in the inflow of foreign direct investment into the country.

Sidelines to the official opening of SFO was the San Francisco Specialized Investment Mission, organised to project collaborative opportunities to potential investors and leads in the US. It is important that we get to hear on our US counterpart’s perspective on the achievements and attractiveness of the Malaysian bio-based industry to date, and to gain from their views as to how Malaysia can further intensify its bioeconomy efforts during the globalisation phase. More than 30 biotechnology companies participated in the programme.

Having a strong, resilient and global bio-based sector by 2020 as outlined in the NBP is a national priority. With that in mind, I must highlight that the opening of SFO underlines the full support given by the Malaysian government and the heavy emphasis it placed on biotechnology to propel Malaysia towards achieving a developed nation status. It also shows how resolute the Government is in expanding Malaysia’s business and economic interests in the bio-based industry, halfway across the globe. For the coming years, there is certainly much more to look forward to in terms of greater economic cooperation and enhanced business relationship between Malaysia’s biotech industry and the city of San Francisco.

And finally, this year BIO International Convention was held at Philadelphia, at the heart of the US biopharma industry. You might want to know that the Philadelphia Metropolitan Area itself is home to more than 1,200 companies, comprises of the US biopharma industry’s largest multinational companies to its fastest growing start-up firms. BiotechCorp, along its continuous effort for attracting investment has been participating in the annual BIO convention since 2005. This year, with Malaysia being the Chair of ASEAN, we could certainly leverage on this golden opportunity to promote bio-based industry development for the larger ASEAN community. It is by no coincidence that the theme for this year BioMalaysia Conferences includes ASEAN Bioeconomy as well. Do mark your calendar from 17 – 19 August and join us at the Putra World Trade Centre!

To sum it all up, these activities are part of a bigger strategy in enhancing our ability to promote our own bio-based products and companies and not merely an opportunistic response.

June has been a rather productive month, and there are many thanks due to that. It is my pleasure to express my special gratitude to the Honourable Datuk Dr Ewon Ebin, Minister of Science, Technology and Innovation for leading the Malaysian delegation and gracing the events in Milan and San Francisco. The long list of Malaysian participants and BiotechCorp’s key partners including State Governments, Federal Agencies, universities and the private sector. Our foreign partners including AssoBiotec and, the City Government of San Francisco represented by Mr Todd Rufo, Director of the Office of Economic Development for their support in making BiotechCorp’s global outreach initiatives a hugely successful one. A Big Thank You! 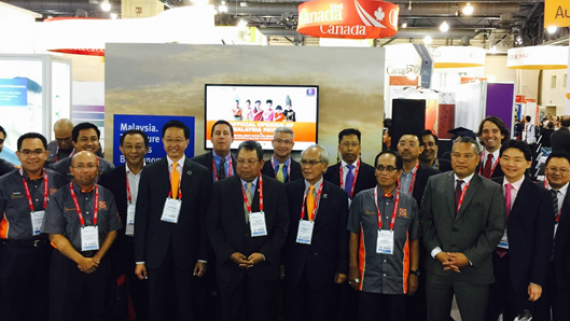 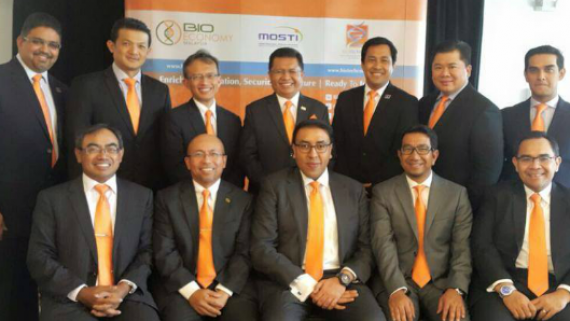