RM43 Billion In GNI Target By 2020 Through Bioeconomy Malaysia

“Science must find its way to be translated into economy for the nation and its peopleto benefit. It has to be market-driven and for this to happen, scientists, researchers, research institutions and universities must work together with corporations andindustries,” said Dato’ Seri Idris Jusoh in his keynote address.

According to Professor Emeritus Dato’ Sri Dr. Zakri Abdul Hamid, Science Advisor tothe Prime Minister, the objectives of S2A are to raise the profile of science and technology and to support nation building.

“The S2A for bioeconomy programme is a bridge to achieve successful commercialisation of innovations through effective public and private partnerships. The initiative will enable Malaysia to sustain its growth beyond 2020,” he added.

Emphasizing on the critical role that BioNexus Status companies play in the S2A for bioeconomy, Dato’ Dr. Mohd Nazlee Kamal, BiotechCorp Chief Executive Officer,said, “I believe there is an imminent need for Malaysia to create an ecosystem thatcan facilitate interaction and engagement between multiple stakeholders in public and private sectors, for the bio-industry to thrive particularly in pushing the Bioeconomy agenda for the country.”

BiotechCorp have successfully built a network of 229 BioNexus status companiesaccounting for more than RM3.3 billion approved investments to-date in BioMedical, AgBiotech and BioIndustrial.

The seminar focuses on the implementation of the Malaysian Bioeconomy Accelerator Programmes (Bio-Accelerators) where it involves the Technology Development and Innovation program and the Bio-Entrepreneurship program.

The launch of the S2A for Bioeconomy Seminar also witnesses the launch of aspecial book by prominent scholar of biosciences; Professor Dr. Albert Sassonentitled “From Green to White Biotechnology: Great Challenges, Urgent Solutions”.

GETTING THE BEST OF BOTH WORLDS: HARNESSING VALUE FROM PARTNERSHIP BETWEEN PUBLIC AND PRIVATE SECTORS 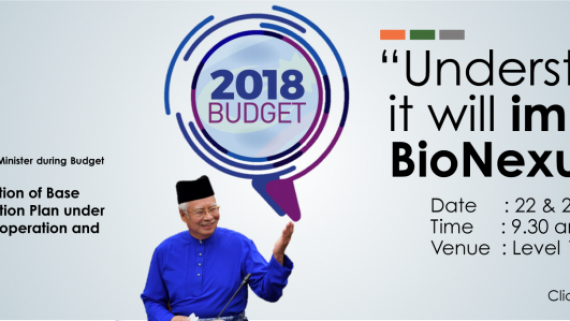