Resulting from BiotechCorp’s investment initiatives and facilitation, Al-Jomaih Holding Company and a European Multinational Company, will set-up a vaccine manufacturing facility in Malaysia. The vaccine facility will be the first investment initiative by Al-Jomaih Holding Company in biomedical sector in Malaysia, through its associate company AJ Pharma Holding Sdn Bhd (AJ Pharma). The European Multinational Company will be the strategic partner to provide the know-how/technology for the vaccine manufacturing facility.

The collaboration is expected to improve national supply of key vaccines, and increase export potential of locally manufacture vaccines. In addition, it will also create peripheral and supporting industries, create high-income knowledge-based employment and heighten the economic status of the country in line with aspirations of the Economic Transformation Programme.

“This collaboration is timely, because we are already seeing increased demand for vaccines in Malaysia, where the vaccines market reached RM 178 million (US$58 million) in 2011, and is estimated to reach RM 240 million (US$79 million) in 2016 with a growth rate of 9.9%” added Dato’ Dr. Mohd Nazlee Kamal.

Following this MoU exchange was the announcement and exchange of collaboration proposal between BiotechCorp, Melaka Biotechnology Corporation Sdn Bhd, DRB HICOM Berhad and Capipharm Development Sdn Bhd to develop a pharmaceutical park for the provision of a specialised ecosystem in support of the country’s bioeconomy.

“The amalgamation of the skills and knowledge between BiotechCorp, Melaka Biotechnology Corporation Sdn Bhd, DRB HICOM Berhad and Capipharm is an exciting strategic partnership which will become one of the enablers for Malaysia’s bioeconomy,” commented Nazlee.

“As epitomized in Bioeconomy Transformation Programme vision “Enriching the Nation, Securing the Future”, the biomedical sector is expected to contribute directly to a GNI of RM 0.7 billion, generating 2,000 new job opportunities and attracting investment of RM 0.7 billion by 2020. As a whole, the Bioeconomy Transformation Programme is poised to increase Malaysia’s GNI, create quality job opportunities for Malaysians, improve the income of the Rakyat, promote a “Green” Economy and last but not least improve health and well-being of the Rakyat,” added Nazlee.

The event also saw the Exchange of Distribution Agreement between India’s Biocon Limited (Biocon), through its wholly owned subsidiary Biocon SA, Switzerland (Biocon SA), and CCM PHARMACEUTICALS Sdn Bhd (CCM Pharmaceuticals). Both parties have entered into an agreement to address the increasing demand for insulin in Malaysia. With the Pharmaceutical market in Malaysia estimated to be US$ 1.4 billion in 2011 and growing at CAGR of 8.5% annually, Malaysia represents a significant and rapidly growing Insulin market.

Under the agreement, CCM Pharmaceuticals will engage in the registration activities of Biocon’s Rh Human Insulin and Insulin Glargine (Products) in Malaysia and Brunei. Biocon SA will supply the products from its Bangalore facility until its Malaysian facility is operational. The outcome of these announcements is expected to create future new pipeline projects for the Bioeconomy Transformation Programme and NKEA Healthcare – EPP 3 (Malaysian Pharmaceuticals).

Enhancing High-Temperature Tolerance in Plants: Effective on Rice and Tomatoes 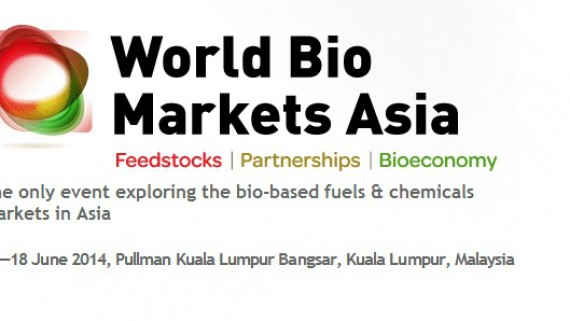