As we embark upon 2016, I look forward to explore new frontiers, discovering more opportunities for our economy to progress. In this endeavour, BiotechCorp has spearheaded not only national efforts supported by a large number of stakeholders nationwide, but also in addressing the international dimension of a sustainable economy.

Just recently, I was in Berlin, as one of the international advisor for the Global Bioeconomy Summit 2015 (GBS) which is under the patronage of the Chancellor of the Federal Republic of Germany Angela Merkel, and as a panellist to debate on the subject of a sustainable bioeconomy.

There are 45 countries around the world adopting strategies for economic innovation, and the German Bioeconomy Council, an independent advisory body established by the German Federal Government, has invited more than 500 leaders from policy, research, industry and civil society to Berlin, from 24th to 26th November 2015, to discuss the cornerstones of a global policy agenda. More than 100 international speakers presented policy concepts, lessons learned and examples in a series of plenary sessions as well as in parallel roundtables and poster sessions. The United Nations FAO, the OECD, the European Commission, the International Energy Agency, and the Botanical Gardens Conservation International too hosted workshops at the summit.

The Communiqué of GBS 2015, “Making Bioeconomy Work for Sustainable Development”, was the focus of the summit, emphasising on the need to foster international cooperation through common policies and principles. It was developed by the International Advisory Committee (IAC), which I am a member, highlighting five salient points that remained the cornerstones of the communiqué. The 5 points are 1) Optimizing the use of biological resources while ensuring food security and protecting the ecosystem 2) Making the development of bioeconomy and its contributions to the Sustainable Development Goals measurable 3) Intensifying international collaborations in education, research and development 4) Exchanging experiences on policies fostering private sector and market development and 5) Integrating bioeconomy holistically in multilateral policy processes, such as the implementation of Agenda 2030 and the climate change agreement. For more information on the communiqué, kindly visit www.gbs2015.com/resources.

I spoke in Strategic Debate III, and had the opportunity to share my thoughts on what will be the key messages that should be prerequisites in order for the Communiqué of GBS 2015 to be accepted by Malaysia and ASEAN. Joining me on stage was a list of distinguished speakers; Luis Almagro, Secretary General from the Organization of American States (OAS), Alice Kaudia, Secretary, Kenyan Ministry of Environment and Mineral Resources, Frank Rijsberman, CEO of the CGIAR Consortium – Consultative Group on International Agricultural Research, and last but not least Klaus Töpfer, Executive Director, IASS Potsdam – Institute for Advanced Sustainability Studies.

With an audience of roughly 850 people from 82 different countries, I raised several issues concerning Malaysia and the ASEAN region, and explored potential areas of mutual interest in creating sustainable bio-based businesses. These include social and rural community development, biomass production and utilisation, biofuels production, high-tech farming technologies, and providing improved and cheaper biologics drugs. By doing so, we could position Malaysia, and ASEAN, as international powerhouses to help foster dialogue with policy-makers globally.

During the debate, I highlighted the plight of countries in the ASEAN region that is in need of access to biological drugs at affordable pricing. Access to biologics at the moment is impeded due to the bloated costs that was incurred during R&D and manufacturing. We need an effective business model to address this and I suggested on having policies that favours and will attract more manufacturing to be based in Southeast Asia. By doing so we hope to significantly reduce the costs of drugs through economy of scale.

In addition to that, I lightly jested that the ASEAN region is the kitchen of the world, providing the world with a variety of raw produce used in many cuisines enjoyed across borders and cultural boundaries. One example is rice, where ASEAN is one of the world’s major producer. Rice is used in many processed foods or in various ingredients derived from it. In this regard, more focus should centre on realising the potential of ASEAN for contributing towards global food security. European countries could certainly contribute its expertise in providing state of the art processing technologies for large scale food and food products production.

While the region economy as a whole is still largely commodity-based, the agricultural sector for example provides only low economic returns and income for farmers. This current system does not contribute to a substantial mark-up or value-add benefits. Moving forward, I commented that Malaysia and ASEAN need to lessen its dependency on commodities economy, and to create new growth by value adding on the commodities we produce. Malaysia and Indonesia for instance, could explore the numerous applications of palm oil in the downstream sector. Our bioeconomy model, focusing on high value bio-based products will generate economic returns and benefitting society. Moving up the value-chain through bio-based innovations, international cooperation is a crucial component. Europe, as a technological partner and ASEAN, blessed with an abundance of biological resources could collaborate into developing strategies which will take advantage in maximizing the value-add economic opportunities in both regions.

On the other hand, some of the key issues highlighted by the panellist; namely, is how far poverty could be tackled by the use of biological resources. In developing countries especially, it is seen as a strategy to contribute to green growth, to create employment for young people, to restore degraded environment, as well as to ensure food, water and energy security. In the context of food security, questions were also asked on how the new bio-based economy can contribute to healthy diets and sustainable food systems. It became clear that, better communication and more information is needed to promote dialogue on policy matters. The panellists concluded that the integration of relevant stakeholders and their priorities is of great importance in order to define future policy agenda that will support SMEs and rural development.

The panellist also demonstrated that bioeconomy itself is highly diverse, spanning from sustainable smallholder farming to complex biomedical, agricultural and industrial bio-based solutions. Although there is still some debate under the dome on “what is bioeconomy”, the common interest at this moment is to focus on sustainability, which is what the communiqué underlines. Given that there will also be great diversity in political priorities and approaches, the first major prerequisite for a global dialogue is to properly define a common definition that take into consideration not only economical and biological criteria, but also ethical view. At the end of the day, the summit clearly define the bioeconomy as;

“The knowledge-based production and utilisation of biological resources, innovative biological processes and principles to sustainably provide goods and services across all economic sectors.”

We have an unprecedented opportunity to contribute proactively towards this global development. Moving on towards Phase III – Global Business, of the National Biotechnology Policy (NBP) starting this year, the Bioeconomy Transformation Programme (BTP) and the Bioeconomy Community Development Programme (BCDP) is now set to be the basis of model programmes in the ASEAN Bioeconomy, proposed to be held in Lao PDR this year. The ASEAN platform provided more rooms for cooperation in which Malaysia, and ASEAN can contribute substantially. The growth of our economy itself is augmented through international collaboration and cooperation over the years. During the summit, the FAO has expressed interest in the BCDP as a strategy to increase the income of rural community while eliminating the role of middlemen.

Obtaining the full benefits of global cooperation will require goal-oriented efforts and synergy. The summit in Berlin is synergistic and the formula for success is strongly dependent on effective partnerships and collaborations at many levels, across many fields, and with many active participants. The outcome of the GBS 2015 was to promote green progresses around the world based on the utilisation of bio-based resources, in line with the summit’s theme.

Working towards a sustainable economy for all, let us work on Bioeconomy Malaysia. I wish every one of you a wonderful start for 2016.

BioNexus-status firms to be more aggressive

Money in bioplastics for SME 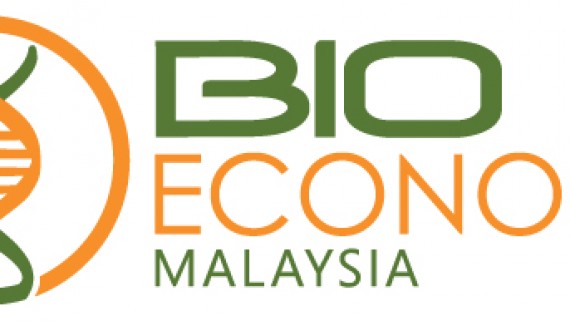 BIOECONOMY: A NEW ENGINE TO DRIVE OUR ECONOMIC GROWTH