Home Media A WORKABLE FUNDING ECOSYSTEM FOR OUR BIOINDUSTRY

Establishing a functional funding framework for the bioindustry is a constant challenge not only in Malaysia but also in any other countries. However, if we want the industry to grow, we need to have a workable funding ecosystem to address financing mechanism for start-ups, mid-stage and late-stage companies.

The global bio-based industry represents a promising sector with huge economic, environmental and societal impact. Broad scientific advances and commercial successes have enabled bio-based solutions to emerge. This in turn holds great promises for addressing a wide range of critical challenges faced in both developed and developing countries in the area of healthcare, energy, industrial applications and agriculture productivity. We know of companies, working on 3D-bioprinting using patient’s own cells to develop organs. This would reduce the dependency on cadaveric donors. We know of companies converting waste materials into polymers using biotech techniques. Such innovation and commercialization requires investment that sustains the initiative throughout its gestation period till it becomes profitable.

In the United States, the Small Business Innovation Research (SBIR) program was established to increase private sector commercialization of innovations derived from federal research and development funding. The program encourages domestic small businesses to explore their technological potential and provides the incentives to profit from its commercialisation. By reserving a specific percentage of federal R&D funds for small businesses at critical startup and developmental stages, SBIR not only enables these entities to compete on the same level as larger businesses, but also encourages the commercialization of the technology, product, or service, which in turn stimulates the U.S. economy

Having a strong innovation and entrepreneur culture and a fully developed and robust Venture Capital (VC)/Private Equity (PE) ecosystem, the United States remain as one of the major sources and also the most attractive country for such funding. A report from the National Venture Capital Association (NVCA), a trade association representing the U.S. venture capital industry reported that Biotechnology funding in 2013 increased to USD4.5 billion, which was an increase of 8.2% compared to 2012.

Biotechnology ventures require huge investment and there is a long lag phase before it becomes profitable. While it is important for early stage biotech research to be funded by VC, what is equally important is establishing the most effective exit route to ensure value is maximised for key stakeholders and the associated technology.

There are three primary biotech exit strategies. The traditional route has been to fund a biotech venture through a successful public floatation (IPO). As the IPO markets have become more challenging, a second key route has emerged whereby early-to-mid-stage biotech ventures are being acquired by or merged with bigger biotechnology companies looking to secure new technologies and pipeline prospects. Unfortunately, the VC market today is going through difficult times. According to an article in Forbes, “The number of IPOs by venture-backed companies in the U.S. plummeted from 260 in 2000 to 13 in 2009, and VC-backed Merger & Acquisition (M&A) transactions dropped from 462 deals worth USD 99 billion (in disclosed values) in 1999 to 260 worth USD 12 billion in 2009”. Alongside these two major exit strategies sits the alliance and licensing model which effectively provides a partial exit strategy for companies and venture capitalists, often involving a dilution of risks and the bringing forward potential returns.

In Malaysia, Venture Capital market is a constant struggle; our financial ecosystem does not provide good exit strategies. The exit with IPO strategy takes more than 10 years, as listing will require companies to be profitable. Even in the U.S., exit plans are now evolving from 3-5 years to 6-10 years. This certainly will not be sustainable for small VC firms. M&A transactions have become the better alternative. M&A however, may not provide big returns but sufficient enough for VCs to sustain.

Malaysia may want to learn from the U.S. experience and find a new way to fund and provide suitable exit strategies. As U.S. VC markets are struggling to recover, Malaysia need to adapt fast and develop new strategies. Similar ventures by the private sector are important to support our biotech players especially the BioNexus status companies.

Currently, government infusion of financial support for technology and product development, innovation and commercialisation is available in the forms of grants, loan and VC/PE. Not limiting to life sciences and biotechnology, most of these funds focus on a wide range of technologies. MAVCAP, MTDC, SME Corp and BiotechCorp have specialised life science and biotechnology funding which are available for start-ups, early stage companies and SMEs in Malaysia. However, the current funding ecosystem is not sufficient. We need to progress further on this. The recent announcement in 2014 Budget that gives tax offset to big corporations that invest in biotech companies may provide an alternative funding source for the industry.

Crowdfunding may be another new strategy. With the emergence of credible platforms like AngelList; crowdfunding offers great opportunities in capital flows in the U.S. It offers a workable alternative for early-stage while traditional sources of funding could come in at later phases.

A robust funding mechanism will help BioNexus companies to leapfrog from local to global status.companies. Yet, another challenge would be to create experts in this area. To address the issue, a Centre of Excellence (CoEs) for bio-based industry could function to disseminate knowledge and know-how on funding mechanism to scientists, entrepreneurs and financiers alike. It could also provide long term research and development support as well as business matching platforms for researchers, venture capitalists and companies to translate research into marketable products.

As research institutions and universities are the main sources for commercialisable research, they would be the major beneficiary of such collaboration. Successful creation of CoEs will also create a multiplier effect that may trigger more fund managers and non-biotech companies to invest in biotech ventures.

Being focused on developing Malaysian biotech companies and the industry in general, BiotechCorp will work towards realising an environment conducive for spurring innovation and fueling commercialisation in this sector. 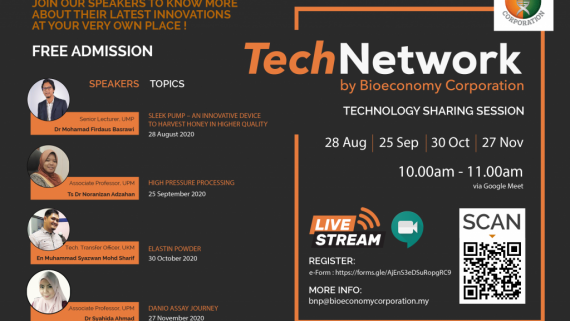 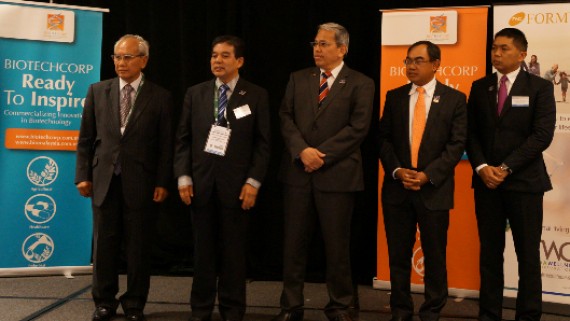 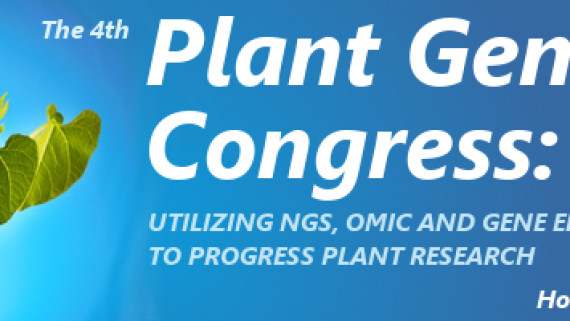