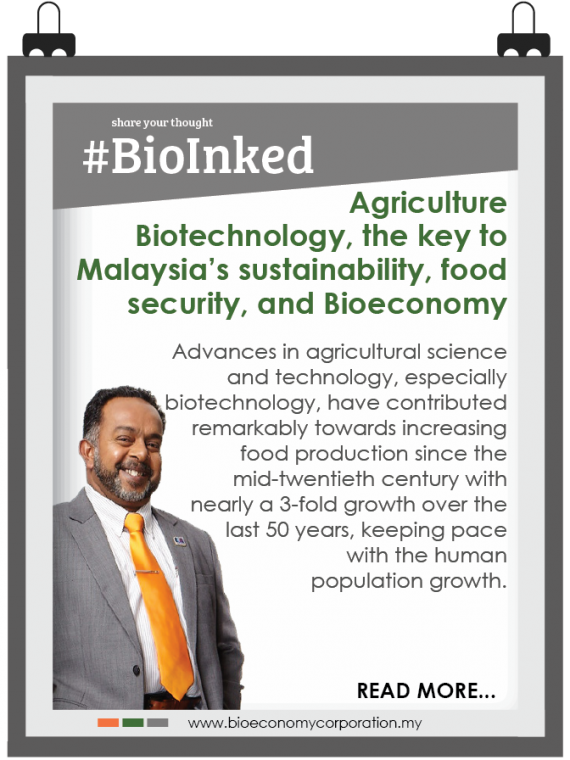 Advances in agricultural science and technology, especially biotechnology, have contributed remarkably towards increasing food production since the mid-twentieth century with nearly a 3-fold growth over the last 50 years, keeping pace with the human population growth.

However, across the world, at least 1 million people go to bed hungry every night. Hunger and malnutrition affect every aspect of human development, and persist for various reasons including accessibility to arable land, affordable and nutritious food, and other productive resources such as technology.

It is estimated that agricultural production needs to grow nearly 70% globally, and by at least 100% in developing countries by 2050, to keep pace with the population growth and the shifting diets. Therefore, to produce food sustainably for an additional 2 billion people by 2050, a business-as-usual approach will not be sufficient.

Over 12% (approximately 1.6 billion hectares) of the world’s land area is used for agriculture, and land degradation is a major cause for loss of the land’s productive capacity, globally. Water management is another major challenge, where 70% of all water taken from aquifers, streams, rivers and lakes are used for agriculture. However, the adoption of the technological advanced drip irrigation and fertigation accounts for at least 40% increase in global food production.

Agriculture is an important sector to Malaysia’s economic development, with commercial crops, such as palm oil, cocoa, and rubber being the main agricultural exports, contributing nearly 12% of the nation’s GDP. If we include commercial (commodity) crops, Malaysia would be considered as a net agricultural exporter. If we do not, Malaysia would be considered as a net agricultural importer, with food imports exceeding RM35 billion annually. However, overall agricultural imports, which include feed, feed ingredients, feed additives, animal healthcare products, fertilizer, and other agro-chemical products, would exceed RM75 billion annually.

Therefore, there is an urgent need to formulate strategic policies, including biotechnology policies, funding policies, subsidy policies, and regulate importation, to encourage the utilisation and adoption of Malaysian-made produce/products. In addition, and most importantly, funding mechanisms for R&D needs an overhaul to encourage the R&D communities in the country to consolidate their efforts, i.e. work together as teams, towards addressing industry-related issues, with direct impact on the country’s economy and the people’s wellbeing.

Malaysia’s aquaculture industry, although not as extensive as our neighbours (Thailand & Indonesia), nevertheless, is indeed an export-oriented industry, contributing significantly to the country’s economy. But in the past, our aquaculture industry was being severely limited by the lack of breeding technologies for the supply of quality fry and fingerlings, to the extent we were over 95% reliant on imported fry/fingerlings. However, the scenario has changed with strategic focus on the use of science and technology, including biotechnology, in the development of breeding technologies for high-value fish and shrimp varieties/species on a commercial scale.

Although, we are far from being 100% self-sufficient in fry and fingerling production, but this is indeed a clear example of strategic planning towards developing our aquaculture industry using science and technology, especially biotechnology, with direct impact on the industry and the economy of the country. Nevertheless, the aquaculture industry does have other setbacks mainly in managing disease outbreak, where, strategic R&D programs are required to address these setbacks. Examples of two major diseases that are crippling the country’s shrimp industry are the white spot (viral) disease, and the Early Mortality Syndrome (or EMS), which to date has no cure. Any remedy to these diseases will directly impact the industry and the economy, since Malaysia is one of the largest shrimp exporter to the US.

Therefore, moving forward, coincidently the recently announced (2018) budget saw substantial allocation for the development of agriculture and related business, especially in support of small-holder farmers. This is vital, as a nation rich in diversity, talent and resources, that we formulate strategic policies, including allocating resources (i.e. funding), and consolidating expertise, towards executing industry relevant R&D projects, which has direct impact on the country’s bio-based industries, and the economy. However, to ensure this, funding of R&D projects should be critically reviewed to ensure continuity and relevance to industry, especially its impact to the economy, employment, and benefit to local communities. 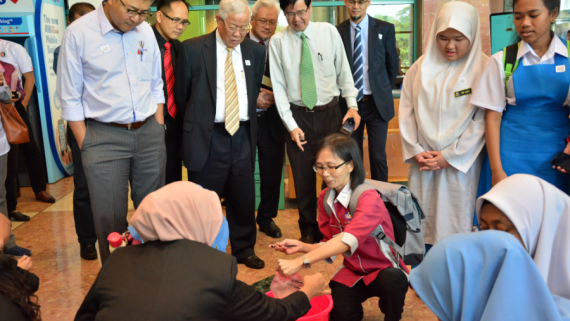 INCUBATORS FOR INNOVATORS: A NUCLEUS FOR BIOENTREPRENEURSHIP DEVELOPMENT