The World Congress, which will run from 16 – 19 of June 2013 is the world’s largest industrial biotechnology event for business leaders, investors, and policy makers in biofuels, biobased products, and renewable chemicals.

Speaking at the ribbon cutting ceremony marking the official launch of the event where BiotechCorp is a major sponsor, Dato’ Dr. Nazlee Kamal its Chief Executive Officer said “BiotechCorp’s participation at the event demonstrates our commitment to accelerating the commercialization of Malaysia’s bio-based industry and explore ways to help boost our industry at a higher level.”

BiotechCorp has been participating in the World Congress since 2008, actively showcasing Malaysia as a bioeconomy hub by attracting potential investors to consider Malaysia’s vast sustainable feedstock development, attractive incentives and financial infrastructure and world class facilities.

BiotechCorp, being the industry developer for Malaysia’s Bioeconomy, targets to bring in investments worth RM15 billion by year 2020 through the Bioeconomy Transformation Programme.

According to Dato’ Nazlee, to date BiotechCorp is in its second phase of implementation of the National Biotechnology Policy and has succeeded in generating more than RM10 billion in foreign and domestic direct investments. “One of Malaysia’s most attractive characteristics is its ability to carry out bioindustrial clustering which because of the close proximity of feedstock and facilities, highly specialize industrial zone and world class infrastructure, is able to reduce cost and increase efficiency,” said Dato’ Nazlee.

To drive home the message of the bioindustrial clustering strategy at the World Congress, BotechCorp is supported by the East Coast Economic Region Development Council (ECERDC), Palm Oil Industrial Cluster (POIC) Lahad Datu and the Northern Corridor Implementation Authority (NCIA) at the convention. Dato’ Issace Jebasingam John, CEO of ECERDC who spoke on the topic of How to build a large scale Bioeconomy mega cluster region, said, “Bioindustry clustering is an excellent strategy, ECER expects to secure USD 3 billion worth of private investment through its two industrial park namely Kuantan Integrated Biopark (KIBP) in Pahang and Kertih Biopolymer Park (KBP) in Terengganu which strategically
located and has abundance of biomass availability.”

Dato’ Nazlee in his presentation demonstrated how only through Malaysia’s clustering strategy were the country’s industry able to structurally mobilized 130 million metric tonnes of biomass and cellulosic sugars last year alone.

“We are focus in advocating the notion that based on the challenges that the world is facing and will face in the future such as growing world population, increase in global
primary energy consumption and increasing carbon emissions resulting in global warming among others, Malaysia is poised to capitalize on global bio-based economy which will not only increase the country’s GDP but also help mitigate sustainable challenges affecting the world,” said Dato’ Nazlee. 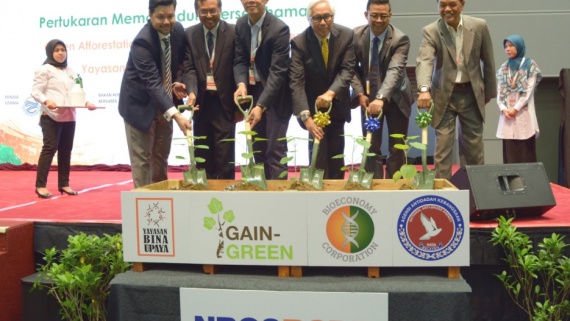 A NEW EQUATION FOR AN INCLUSIVE BIOECONOMY 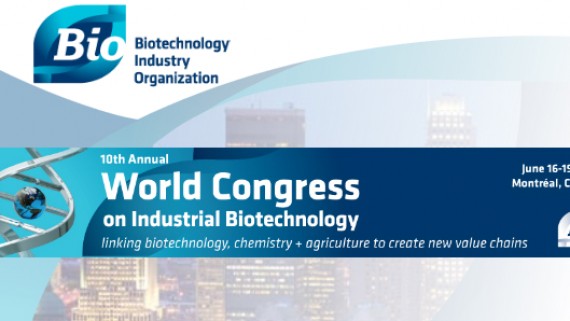