The three day conference and exhibition, held for the first time outside of Kuala Lumpur, is regarded as one of the leading biotechnology event in the region. This year’s edition will see participation of 160 exhibitors and more than 250 local and international conference delegates.

“Hosting this conference in Johor will further strengthen the state’s position as an emerging biotechnology hub” said Dato’ Seri Mohamed Khaled. He added that Johor has what it takes to be a strong partner for the biotechnology industry. As evidence, Iskandar Malaysia is already hosting the state-of-the-art biotechnology manufacturing ecosystem of Bio-XCell in Nusajaya and the state is committed to attract other biotechnology catalytic development projects to find a home here.

Dato’ Seri Mohamed Khaled Nordin also pointed out that it is certainly worth noting that Johor has also moved in tandem with the national aspiration and emerged with its very own bioeconomy agenda based on the state government’s vision to encourage both domestic and international investments in this sector. Johor’s bioeconomy potential will be further accelerated with the signing of a Memorandum of Understanding between BiotechCorp and Johor Biotechnology and Biodiversity Corporation (J-Biotech). This collaboration will serve as one of the main thrust for the development of the state’s bioeconomy agenda, paving the way towards the acceleration of Johor’s bio-based industry with potentially contributing more than RM10 billion to the state’s gross domestic product by year 2020.

Commenting on the conference, BiotechCorp’s chief executive, Dato’ Dr. Mohd Nazlee said that BioMalaysia provides the biotechnology players with a strategic platform to engage in this fast growing bio-based industry. He added that the growing number of international participations at BioMalaysia signifies Malaysia’s rising leadership in the region’s biotechnology industry.

Amongst the highlights at the official opening ceremony was the nine Memorandums of Understanding document exchanges between leading bio-based institutions and companies with potential investments of RM350 million.

Among the notable collaborations:

Another highlight at this year’s event was the announcement on the launch the Bioeconomy Transformation Programme (BTP) Annual Report 2013 by the Ministry of Science, Technology and Innovation (MOSTI) and BiotechCorp. The report highlights the achievements of the BTP after a full year of implementation since its official launch by the YAB Prime Minister on 30 October 2012.

For the latest on BioMalaysia and Bioeconomy Asia Pacific 2013 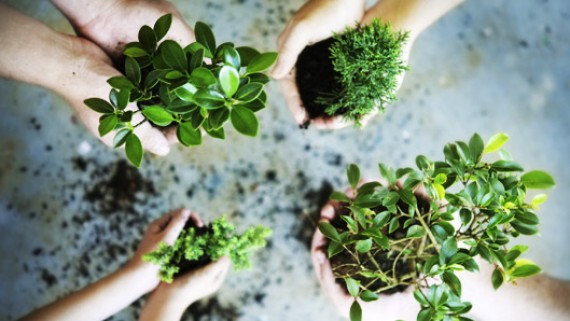